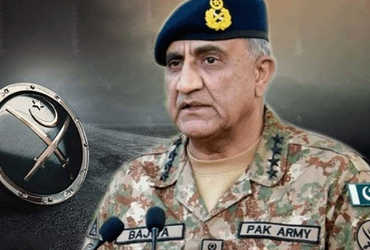 Several army officers and soldiers have been arrested for plotting to assassinate Pakistan Army Chief General Qamar Javed Bajwa. Had Bajwa been killed, the situation in Pakistan would have worsened.

The conspiracy to kill Bajwa has been claimed by Amjad Ayub Mirza, an activist from Pakistan-occupied Kashmir. According to him, Bajwa was to be attacked but the conspiracy had already taken off and now some army officers and jawans have been arrested.

According to Mirza, 14 officers of the Pak Army, 22 commandos and 30 other soldiers were arrested at 10 pm on Saturday night. The authorities decided to assassinate General Bajwa during his visit to Pakistan-occupied Kashmir. The plan was for the commandos to surround Bajwa and rain bullets on him. The conspiracy to kill Bajwa was hatched by officers who had forcibly retired from the army.

According to the claim, 1700 people have retired from the Pakistan Army and their pension has also been stopped. It’s annoying for officials to go and play. Of those arrested, four are majors, two are involved in military intelligence, three are lieutenants and two are colonels. Apart from this, two officers of the rank of Brigadier have also been arrested.