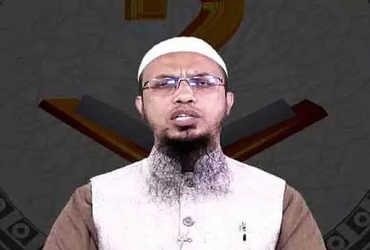 – ‘It is strictly forbidden in Islam to use the haha ​​emoji to ridicule, taunt or criticize someone on Facebook’

Bangladesh’s Muslim religious leader and popular Maulana has issued a strange decree against Facebook’s ‘Ha Ha’ emoji. A few days ago, Maulana Ahmadullah had discussed making fun of people on Facebook by posting a 3-minute video. Soon after, he issued a fatwa describing how it was “haram” for Muslims.

Ahmadullah said, “Nowadays we use Facebook’s haha ​​emoji to make fun of people.” Maulana Ahmadullah has more than 3 million followers on Facebook and YouTube.

It is forbidden to joke in Islam

Maulana Ahmadullah said in his video, “If you use haha ​​emoji to ridicule, taunt or criticize someone on Facebook, it is completely haram in Islam.” For Allah’s sake, I urge you to stay away from this work. Haha don’t use emoji to make fun of anyone. If you hurt a Muslim, he will use language you never imagined.’