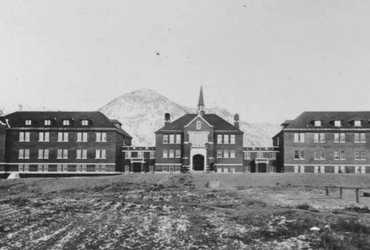 Regina, T. 24
The bodies of 31 children were buried in the premises of an old residential school about 150 kilometers from Regina, the capital of the Canadian province of Saskatchewan. This school was running from 13 to 14 o’clock. The investigation into the incident has been started.
Forty-one bodies were found in a Canadian boarding school. The bodies were buried on the school grounds and were uncovered during an investigation. The Investigative Committee expressed concern that the inclusion of children in the school at that time may have been a serious offence. No sign was placed in these tombs.
This is a serious crime against humanity, a Saskatchewan official said in an official statement. This serious crime against Native Canadians is heartbreaking. A proper inquiry has been conducted into the incident. The Canadian official expressed concern that the possibility of similar bodies being found in other residential schools could not be ruled out.
None of the bodies could be identified. A resident school was started in Canada at that time, in which the children of the native people, i.e. Aboriginal people, were well educated. The bodies are likely to be Native Canadian or Aboriginal children.
Earlier, the bodies of 212 children were buried in a school near Campus. The school was started in 190 and was functioning till 19. The bodies include children up to three years old.