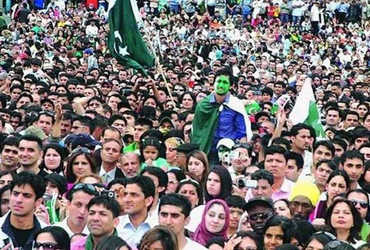 Islamabad, Ta. 25
Every day 200 Pakistanis are deported from the world. This report was released after studying the data of the last six years. Illegal infiltration and forged documents are the main reasons for deporting Pakistanis.
A report by the Federal Investigation Agency claimed that in the last six years, 4,13,8 Pakistani nationals from around the world have been ordered to return home. A large number of Pakistanis are being evicted from all over the world for different reasons.
The reasons behind deporting the Pakistanis are also important. The main reasons include illegal entry into that country, making forged documents, staying even after the expiry of the work permit, doing illegal business in that country, committing criminal acts, ragging, etc.
Of the Pakistanis deported to Pakistan, 9 percent were repatriated by Saudi Arabia, Oman, the United Arab Emirates, Qatar, Bahrain, Iran and Turkey. In the last six years, Saudi Arabia alone has ordered the repatriation of 5,21,60 Pakistanis. Europe is far from America, but statistics show that even Muslim countries are not ready to mobilize Pakistanis.
According to the report, every day 12 Pakistani nationals are ordered to return to Saudi Arabia. Pakistani newspapers themselves have criticized this situation because Pakistani nationals are carrying out illegal activities even abroad.