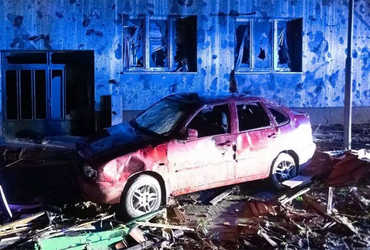 Prague: An unusually dangerous storm has killed five people and injured several others in the Czech Republic, rescue workers and police said in a statement. The storm caused heavy rain across the region. Seven cities and towns have been badly affected. Due to heavy rain and storm, buildings collapsed and some cars overturned.

The storm caused hailstorms and was the size of a tennis ball. The power outages in the south-eastern part of the country caused power outages in 40,000 homes. 360 additional police officers have been deployed in the affected areas.