If Taliban take over Afghanistan, we will close our border: Qureshi 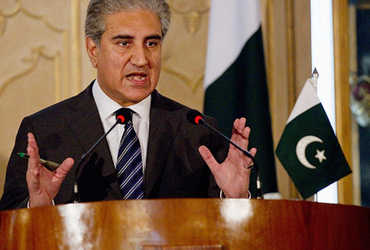 Pakistan’s Foreign Minister Shah Mehmood Qureshi said on Sunday that the withdrawal of US troops could lead to violence and chaos in Afghanistan. If the Taliban took over Afghanistan, Pakistan would close its border with that country.

Qureshi said that Pakistan has already given asylum to 3.5 million Afghans, but will not accept any more refugees. Qureshi made the statement at a conference in the central city of Multan.

“If we cannot take in more refugees, we will close our border,” Qureshi said. We have to protect our national interests. He further said that Pakistan would continue its diplomatic efforts for peace in the country and would welcome its democratically elected leadership.

After the withdrawal of the erstwhile Soviet Union in 1989, infighting between Mujahideen groups led to millions of Afghans fleeing to Pakistan. The US-led coalition ousted the Taliban from power in Afghanistan after the September 11, 2001 attack on the United States.

Over the past few weeks, Taliban fighters have captured various districts in southern and northern Afghanistan. At the same time, they are trying to surrender to the government security forces and confiscate their weapons and military vehicles.

Who Went Home on ‘Dancing With the Stars’? Disney Villains Night Spoilers!