US attacks on terrorist bases in Syria and Iraq 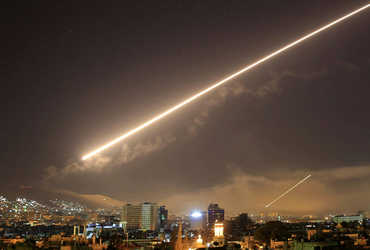 Washington: The United States on Monday morning carried out air strikes on the positions of two pro-Iranian terrorist groups in Iraq and Syria. There have been drone attacks on US personnel in recent weeks, carried out by Iran-backed terrorists, the Pentagon said.

Kirby said the Iranian-backed terrorist organization Hezbollah and Sayed al-Shuhada used the site to store their weapons and ammunition. He was attacking Americans operating in Iraq from these locations. A Pentagon official said there were no immediate reports of casualties, but the military action was being reviewed.

Biden has ordered the force to attack the region for the second time since coming to power. The US had earlier carried out airstrikes in eastern Syria in February, targeting buildings where Iranian-backed militant groups lived. These terrorists were responsible for attacks on the US and its allied forces.