Considering allowing South African women to have more than one husband 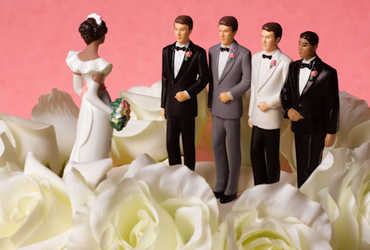 This paper was prepared in April. It was opened to suggestions in May. The government document states that currently the regulation of marriage in South Africa is not based on the country’s constitutional provisions. He said that there are some discrepancies in the law.

The document states that the purpose of the marriage policy is to establish a basis for the control of marriage of all individuals in the population of South Africa. The document said the proposed marriage law would allow South Africans and people of all sexual orientation, religious and cultural backgrounds to marry legally on the basis of equality, non-discrimination, human dignity and unity in diversity.

The government said the green paper was prepared on the basis of extensive research and consultation and the process started in 2012. Religious and traditional leaders as well as human rights activists are being consulted.

Human rights activists said the right to equality demands that polygamy be legalized, a government document said. However, the opposition has expressed strong opposition to this move of the government, saying it is against the tradition and culture of the country.

McDonald’s, Beyond Meat to test McPlant meatless burger in US

Urban Meyer apologizes for viral video with woman at bar