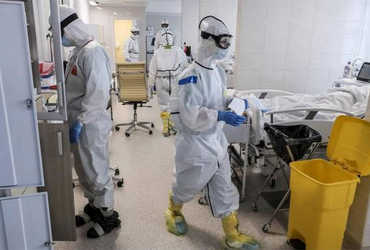 150 cases of Delta variant in Australia, lockdown in four cities

Moscow: In the last 24 hours, 20,616 cases of corona have been reported in Russia, in which 652 people have died. This is the largest number of deaths in one day in Russia.

Health workers are now grappling with new cases and deaths due to a low number of vaccines in Russia. Russia’s state coronavirus task force said that there have been an average of more than 20,000 new corona cases and more than 600 deaths every day since last Thursday.

Russian health officials have blamed the Russians for the new wave of corona that came in early June. Russians do not take necessary precautions and vaccination rates are also very slow.

Although Russia is one of the first countries to develop a corona vaccine, only 14 percent of the population has been given a single dose of the corona vaccine. According to the Corona Task Force of Russia, a total of 55 lakh corona cases have been reported in the country so far and 1,34,545 people have died.

Meanwhile, the number of delta-type cases in Australia has risen to 150, with the government announcing a lockdown in four major cities. Confusion has arisen after the government changed its advice regarding the AstraZeneca vaccine. A three-day lockdown has been declared in Queensland and its capital Brisbane. Perth, the capital of Western Australia, has imposed a four-day lockdown like Sydney and Darwin.

Meanwhile, Hong Kong has banned all passenger flights from the UK from Thursday to prevent the spread of new forms of the coronavirus. Under the new rules, people who have been in the UK for more than two hours are barred from boarding a flight to Hong Kong.

This is the second time since last December that the Hong Kong government has banned flights to the UK. Meanwhile, the US has announced an additional assistance of 41.41 crores to help India deal with the Corona epidemic.

Thus, a total amount of more than 200 million has been provided to India by the US. Meanwhile, the United Arab Emirates and its seven provinces, including Abu Dhabi-Dubai, plan to allow both doses of the corona vaccine to be publicly circulated.