Pakistan and Turkey recruit children into security forces: US report 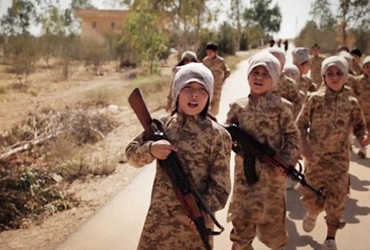 A report titled Trafficking in Persons of America has made a shocking disclosure of India’s neighboring country Pakistan and its ally joining security forces including children.

The Pakistani newspaper quoted the report as saying that Pakistan and Turkey have been included in the list of countries that recruit children in their security forces. The United States has also been banned from providing military aid to the countries on the list. In such a situation, the problems of Pakistan can increase.

This list has been prepared under the Child Soldier Prevention Act. This includes countries that include children under the age of fifteen in the military, police or other security forces. The report also named Pakistan and its ally Turkey. It also includes countries like Afghanistan, Burma, Iran, Congo, Iraq, Libya, Mali, Nigeria, Somalia.

Aid to these countries for peacekeeping operations can be withheld. The list includes Congo, Somalia and Yemen since 2010. At that time there were 6 countries in this list. It now covers 14 countries. According to the US government, any minor under the age of 18 who is in the security forces is called a child soldier. Such child soldiers are used for cooking, carrying goods, conveying or even as sex slaves.

Neeraj Chopra Interview: Sleeping in the neck, tears of joy in his eyes.. what was going on in his mind at the moment, Neeraj...