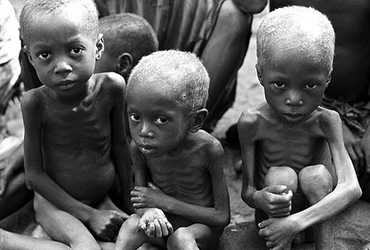 The crisis of famine is deepening in the world and the death toll is increasing due to lack of food.

Oxfam, an organization working to remove poverty, claims that every 1 minute in the world, 11 people die of hunger.

According to the report, 150 million people in the world are facing a food insecurity crisis, which is 20 million more than last year. Two-thirds of these people are starving due to the ongoing military conflict in their countries. More than 5.20 lakh people are on the verge of starvation due to economic impact, military conflict and climate change.

The list of countries affected by the report includes Afghanistan, Ethiopia, South Sudan, Syria and Yemen.

According to Oxfam, hunger is being used as a weapon of war. Military conflicts are erupting in all countries affected by hunger. Markets are being bombed and agriculture is being destroyed. These conflicts need to stop.