Hunger in half of North Korea, Kim Jong-un worried about drought 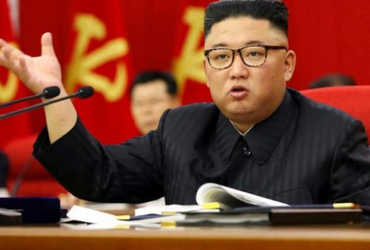 At least half of North Korea is starving due to the drought, while Kim Jong Un’s plans to build a nuclear bomb and military force are on the sidelines. Recently Kim Jong Un said that North Korea is facing a drought-like situation between 1994 and 1998. That is, at that time 35 lakh people died in the country.

According to reports, as the food crisis deepens in North Korea, Kim Jong-un is shifting his attention from the military to civilians. North Korea has released photos of Kim Jong-un visiting his family grave. In which Kim Jong-un is shown. On the other hand, people in plain clothes were seen standing in the front row, while officers in army uniform were in the back row.

According to the American think tank, the picture shows that the army is not a priority in the country at the moment. Kim Jong Un is currently focusing on the economy.

Benson and Stabler face new troubles on their cases