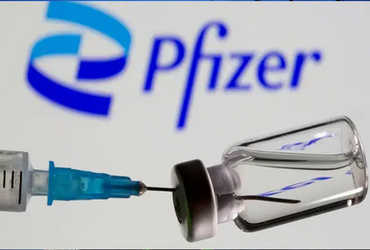 Amidst the fear of a third wave of corona and the changing nature of the virus, the American vaccine company is demanding that citizens be given the third dose of the vaccine.

The company will try to get approval keeping in mind the data of the mid-term trial. These data suggest that the third dose can increase antibody levels five to ten times compared to the first two doses.

Actually, this third dose of corona-vaccine is expected to provide better protection than the beta variant. The beta version appeared in South Africa before Sai. This variant is the most powerful virus ever. It is even more damaging than the delta variant.

Actually, the delta variant of Corona has shown very little effect on the vaccine. According to a study, people who have never had corona before are infected with the delta form of corona, but the vaccine does not have the expected success in producing antibodies in the body of such patients.

According to a report, the Pfizer vaccine is up to 64 percent effective in countering the effects of the delta variant. The vaccine was earlier 94 percent effective against other forms of corona. In such a situation, Pfizer is demanding that people be given the third dose of the vaccine.

Share
Facebook
Twitter
Pinterest
WhatsApp
Previous articleThose who do not get vaccinated will lose their jobs
Next articleA massive fire broke out in a factory in Bangladesh, 52 people died tragically, death toll may increase