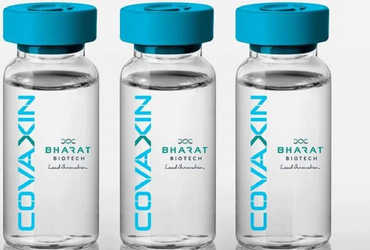 Brazil has decided to postpone the Covexin deal with India Biotech. 320 million contracts have been suspended in Brazil, raising questions over the deal. Brazil’s Health Minister Marcelo made the announcement on Tuesday. According to the deal, Brazil was to buy a total of 20 million vaccine doses from Bharat Biotech. But the deal raised questions in Brazil, accusing President Zaire Bolsonaro of concealing corruption.

The Covexin deal will remain suspended until the investigation is complete. However, it has been repeatedly claimed by the Ministry of Health of Brazil that this deal was not rigged in any way.

What were the allegations?

In fact, the deal alleged that a Brazilian health ministry official was pressured to buy Bharat Biotech Covacin. President Zaire was aware of this but could not stop the deal and Brazil had to buy expensive covacin.

President Zaire has been in the news since the news of the deal turmoil in Brazil. The question is that Brazil had the option of buying the Pfizer vaccine but it bought the expensive vaccine from Bharat Biotech. If the allegations of uproar prove to be true, then there will be a crisis in the chair of President Zaire.

Share
Facebook
Twitter
Pinterest
WhatsApp
Previous articleCorona outbreak in Russia, 20,616 new cases, 652 deaths in a single day
Next articleAfter the delay in the lockdown, now Indians will be able to go to Switzerland, but this condition will have to be fulfilled.

People who get Covid and flu at same time ‘twice as likely to die’, UK health chief says