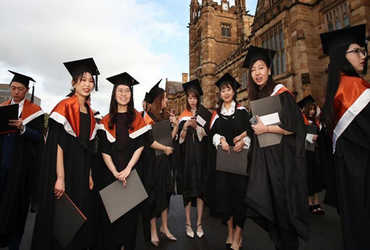 China monitors and controls the movement of people in its own country, but now the Chinese government is also threatening students who have traveled thousands of kilometers to study in Australia.

The institute says that universities are also afraid of China’s reaction and are hiding it instead of discussing the issues.

The report was preceded by interviews with 24 pro-democracy students from China and Hong Kong, as well as 22 professors teaching at Australian universities. In three cases, Human Rights Watch learned that in the case of three students studying in Australia, Chinese police went to their family home in China and threatened to send one student to jail.

In another case, a student was threatened with jail. Because this student posted a message in support of democracy on Twitter in Australia. Another student’s passport has been confiscated. Because he discussed his support for democracy with his classmates in Australia.